Before you all start going down the wrong path … it’s not about a relationship. Well, not one with another human but with a community.

After living here for almost 2 years, I finally took the plunge last week and went to get my own mailbox. That’s right, a mailbox … to you all that might not be a big step but to me it is ( you can start chuckling here).

It took about 45 mins at the Post Office to get it and I am thinking is this an omen….should I really be doing this as the sweat broke out on my forehead.

Being the first one in line, people started to line up behind and I thought to myself here we go and waited for the grumbling to begin. Anyone that knows me, knows I am not the most patient person and I was imposing my feelings at the moment on others.

What happened? What happened is a mini social with the other people in line. Conversations, laughter and yes a few jokes about the post office ( the post office was actually short-staffed that day). The people that day took the positive approach and the time was passed quickly and I left with a big smile upon my face.

By taking the social approach … the people in my community again reinforced why I am choosing to live here. You can only imagine if  this was in Toronto, Manhattan it would have been a very different group feeling.

Living, learning and loving North of 7.

After keeping a secret for 50 years, Philomena Lee (Judi Dench) wants to talk.

Receiving four Oscar nominations, the May North of 7 Film Fest feature “Philomena” tells the powerful true story of an unmarried Irish Catholic woman who, decades after being forced by her community to give up her newborn son, embarks on a search to find him with the help of a cynical, BBC reporter.

In 1950s Ireland, Catholic authorities shamed thousands of “fallen” women into giving their children up for adoption. Philomena Lee (Dench) was one of these women.

Teaming-up with recently unemployed journalist Martin Sixsmith (Steve Coogan), the two share laughter and moments of tenderness as they hunt for Philomena’s son.

The film is filled with the delightful on-screen chemistry of Coogan and Dench. There is comedy to balance questions of faith and forgiveness and throughout the film, moviegoers will be cheering for the unlikely duo as they quest to find the long-lost child that Philomena says she has thought about every day of her life.

Tickets at the door or through Boxofficebancroft.com.

This is an age of majority event. 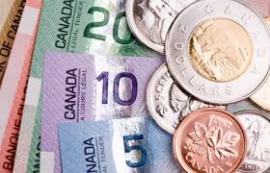 Ever thought about the potentially negative consequences of leaving a lump sum inheritance to your adult children??  Now, what could possibly be negative about an inheritance??  Well for starters, how about the risk that it could be squandered or at the very least, not used in the manner in which you had envisioned?  And let’s not forget marital breakdowns.  Fortunes have been lost in these battles that can go on for several years.

First of all, why would anyone be concerned about what their children / beneficiaries do with their inheritance??  Let’s face it, many people have trouble managing their finances, or lack thereof.  Just tune in to the show Till Debt Do Us Part!  In this “I want it all and I want it now” society, I’d say people are less financially secure than ever.  Do you really want to see everything you’ve worked for (assuming you don’t spend it all!) squandered on the latest gadgets and designer clothing?

Some people have gone to great lengths to include complicated instructions in their wills and/or establishing trusts, to control their assets after they die.  These methods can be effective but at the same time, are complicated and can also come with ongoing fees, and then need for someone to manage them, ie: a trustee for example.  For these reasons, I believe many people simply choose to avoid this type of planning completely, feeling it’s too complicated.

What it there was a cost effective way to do this that didn’t require a trustee or ongoing tax filing or any type of supervision??

There is a strategy called a “gradual inheritance concept”.  This involves the use of certain types of annuities that are triggered on death.  Instructions are put in place during one’s lifetime and upon death, the annuity(ies) get funded and the beneficiaries will receive an income stream, rather than a lump sum.  The income can be structured however you choose, ie: for life or for a fixed period of time.  This plan can be particularly beneficial for minors and financially dependent beneficiaries.  The best part, it requires no ongoing management (trustee) or tax filing, there are no fees and the income is guaranteed, much like a pension.

Like any estate planning strategy, this is merely one of the many tools available to those who seek advice and ask questions.  Unfortunately, many people simply accept the status-quo as their default estate plan and don’t realize the true potential to do some wonderful things “posthumously”.  Charitable giving can also be incorporated into this plan giving one the ability to continue supporting their favourite charity, eternally.  The sky really is the limit in what you can do.

Have you sat in this chair? 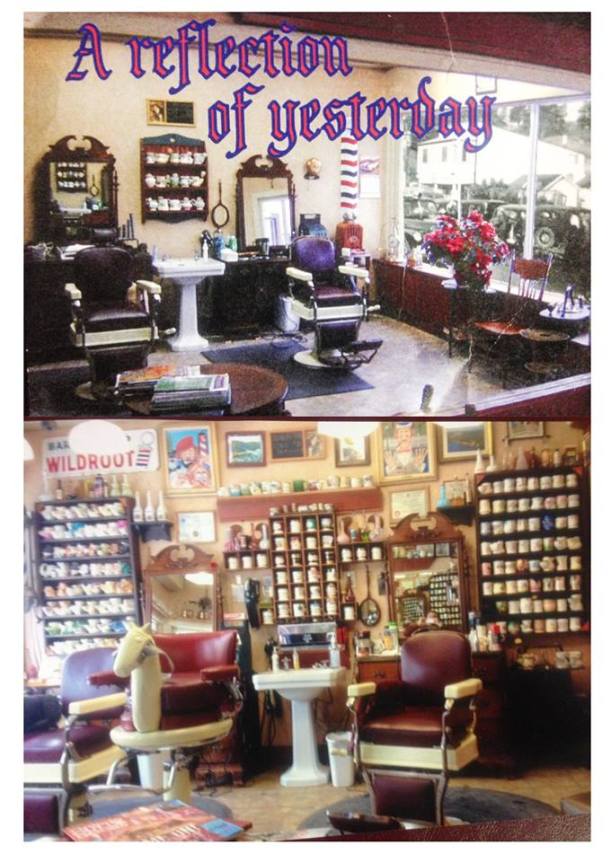 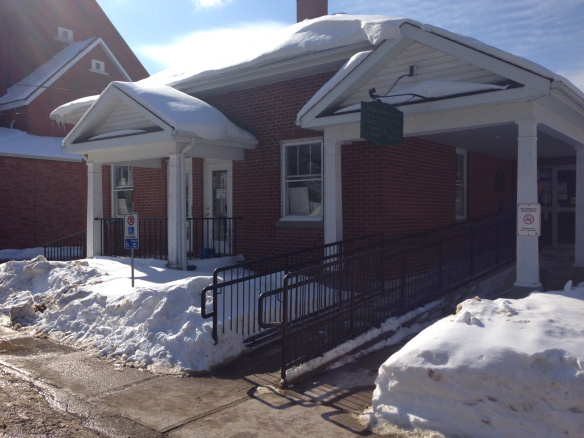 The Madoc Public Library – one of the happiest places of my childhood.

In last night’s post I said I felt like Nancy Drew (for possibly having – with some major help, I hasten to add – solved a mystery about the Manse’s original ground-floor layout), but how can one think about Nancy Drew without also thinking of the Hardy Boys?

That’s just what reader Sash did. In a comment on that post, he brought back a flood of memories. “And speaking of Nancy Drew,” he said, “that takes me back to my childhood visits to the Madoc Public Library, where I loved borrowing mystery books. One of my childhood favourites was The House on the Cliff, with the Hardy Boys.”

Oh man. Suddenly in my mind’s eye I was standing before a floor-to-ceiling shelf of books in the young-adult section of the Madoc Public Library. It was…

Seven years ago, a group of musicians who regularly attended a weekly jam session in Bancroft, Ontario, discovered that they were developing a very cohesive playing style. Richard Musclow, guitar, bass and lead vocals, Tony Donkers, drums and lead vocals, Paul Sargent, lead guitar and Ron Kapitain, harmonica and vocals, decided to form a band. All four musicians were blues fans so that became the basis for the creation of Salty Dog. Early on, a fifth member , Paul Lobe, was added as another guitarist and singer.

The five members brought a very eclectic mix of music tastes. Blues and southern rock were two of the predominate styles toward which the band began to gravitate. Songs by Lynyrd Skynyrd, The Allman Brothers and ZZ Top became popular numbers in the band’s playlist. About five years ago Paul’s departure from band to pursue other interests opened the door for Adam Palmer, who had been introduced to some of the band members by Paul Lobe. Adam stepped in on lead guitar and lead vocals. He brought with him an excellent repertoire of music and ideas. With three lead singers and two lead guitars a definite Salty Dog style was rapidly developing. With the addition of Adam, Richard switched over to playing bass full time.

This configuration of the band played together for the next four years. Regular performers around the area, the band began to develop a loyal following of friends and fans. Salty Dog was a regular performer at the annual CCNH fundraiser. And over the past five years the band has donated their time as the late night musical entertainment for the benefit of the participants in the Canadian Cancer Society’s Relay For Life. This event has always been a great pleasure for the boy’s as it’s their chance to give something back to the community.

A little over a year ago, the band went through its’ second personnel change. Richard’s departure to Alberta necessitated finding a replacement bass player. The immediate choice was Jesse Hanna. Although he is known more as a drummer, Jesse’s bass playing immediately fit into the dynamic of the group. The addition of much new music and energy sees the band performing a rousing playlist of fast paced, danceable music. Recently a part time sixth musician has appeared on the scene. Richard John Arthur joins the band as back up bass player and also brings his talents as a third lead guitarist at many shows.

After a very busy 2013 Salty Dog is getting ready for their annual trek to The Wilno Tavern on Jan 24, 2014. It is always one of the groups favourite shows. Salty Dog can be followed on facebook or by contacting Ron Kapitain via email at : tinsandwich20@gmail.com

Ron is a longtime cottager in the Bancroft area. A custom carpenter by profession, he now lives full time in Hastings Highlands. As a founding member of local band Salty Dog, Ron enjoys an active interest in the area’s music and arts community

So there’s been some good action in the comments section of my recent post on vintage tabletop hockey games (you can skip to the comments section here). One of the things that my friend Earl (whom we have to thank for this whole tabletop-hockey thread) said in a comment today really stuck with me. He was writing about the Munro Hockey Game, a bare-bones tabletop model that brought endless hours of fun to kids in the middle of the last century. As you can read here, the game was invented and produced by Donald Munro in his Toronto home, and it caught on thanks to being picked up and marketed by the two Canadian retail (and catalogue) giants, Eaton’s and Simpson’s. As Earl put it so well, it was back in “that halcyon Murray Westgate era when Canadians still made things with their own hands.” (As…

This was a great time and what a way to get people out to the main street after hours.

I hadn’t intended to go see the Madoc Santa Claus parade. It was this past Saturday evening, and for various reasons I already had to be in Madoc (which is “town” for us – unless “town” happens to be Tweed that day) not once but twice earlier on Saturday. A third trip in from my nice warm Manse in Queensborough, to stand in the cold and watch a few floats go by? Not in the plan.

But when the nice people working in not one but two of the shops in town (the One Stop Butcher Shop and the Hidden Goldmine Bakery – both superb food places, by the way) asked me enthusiastically on my first trip of the day whether I’d be at the parade, I thought, “You know what, Sedgwick? It’s a big deal in this little town, it’s Christmas, you haven’t seen it before –… Chicken coops are getting really popular in both rural and urban areas. There are so many benefits to starting your own. The chickens are entertaining pets that can also help teach lessons of responsibility to kids and grown ups alike. The eggs they yield are so much healthier and tastier than most eggs you can buy in the store. Chickens can help reduce waste in your household. The fruit and veggie left overs that you would normally throw out can be great food for your new pets. You can also add chicken droppings to your compost to make your garden green. Here area few tips to help you get started:

Home of the Week 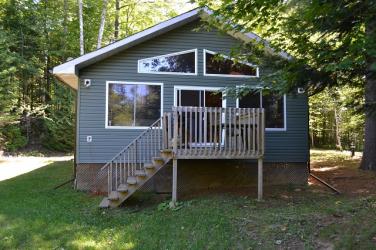